Globally, there has been a drastic fall in biodiversity within a short time. Between 1970 & 2014, 60% of wildlife species of fishes, birds, amphibians, reptiles, & mammals have perished because of human activities, according to the WWF.

Unfortunately, undoing the damage done & preventing further extinction is not an easy ask. Conservations efforts are capital-intensive. It takes a long time to realize the results of such heavy capital investments. It also involves experts such as biologists, etc., who must dedicate the lion's share of their time

Thankfully, technology can come to the aid & accelerate some of these actions.

Technology to the rescue.

Technology can help us rehabilitate damaged ecosystems, monitor wildlife status at hyper-local & global levels & identify threatened habitats. It can ensure that we do not push our ecosystems to their breaking points in our relentless pursuit of progress.

Lab-based biodiversity research allows scientists to solve the problems plaguing the world's natural habitats. It also helps them to recommend or advise on conservation & environmental measures that can combat climate change.

One way in which plant species are preserved is through seed banks. Seed banks have been around for years. Some of them have stored billions of seeds to meet potential future shortages. If a species goes extinct, it can be restored by planting the stored seeds.

Traditional techniques to monitor & conserve wildlife are often impractical, inefficient & expensive. Many animals, such as mammalian fauna that are nocturnal, are difficult to detect effectively. Technology, such as drones equipped with thermal cameras, can help tackle these challenges.

What is computer vision & how can it help biodiversity conservation?

Computer vision is a domain within artificial intelligence (AI) that helps computer systems extract useful information from visual inputs like videos & digital images. This information can then be used to make recommendations or take action.

Elephant poaching is a global industry. This is because of the demand for ivory, which is often considered a symbol of prestige or wealth. The profits from the ivory trade finance human trafficking, terrorism & war.

Policing or catching poachers poses a challenge to the authorities. Poachers are skilled at carrying out their activities & are adept at blending well with the environment & avoiding detection. They are very familiar with the terrains inhabited by the elephants & can track the animals quickly.

Fortunately, the authorities can help use computer vision technology to gain an advantage over the poachers.

Drones, equipped with cameras, can take volumes of aerial pictures, helping to locate the elephants. These images can then be labeled to identify which pictures contain elephants.

A deep learning model is trained on thousands of such labeled images to identify elephants accurately. An RCNN model can use this information to detect elephants in the wild & alert the authorities in real-time.

Moreover, it can also be trained to identify human poachers, helping the police not only catch them in the act but also save the elephants in the process.

Monitoring species in the wild

In 2022, in a move bound to affect the livelihood of the local communities, the Alaskan snow & king crab fishing season was canceled for the first time.

Scientists closely monitoring the crab population for years had observed a drastic fall in their numbers. While factors such as overfishing & disease have been suggested as probable causes, the more likely culprit is climate change.

Changes in the ocean's chemistry, hotter water temperatures & the melting ice caps have all contributed to the mass exodus of the crabs.

Deep learning AI models are trained to create bounding boxes around each fish as they pass the camera. The relevant frames containing the fish are extracted from the video feeds to accomplish this. The entire workflow of video feed input, detection & classification is automated.

This kind of computer vision-based solution can save invaluable hours & costs in manually processing the videos. Some current solutions are predicted to deliver cost savings of up to 80%.

Closed ecosystems, such as wildlife reserves or zoos, audit the different types of species that inhabit them. To do this, zookeepers have to frequent the animal feeding zones at multiple locations to install cameras.

On a regular basis, they have to revisit these sites to remove the SD cards & replace the batteries. Once back at their home locations, they have to manually go through the camera footage & identify the animal species.

Instead of manually transporting the images from the SD cards, they are automatically uploaded to cloud storage. AI & computer vision technology is then utilized to automate the process of tagging the captured images.

This solution can present all animal sightings in summary information that can be easily accessed through a user-friendly web application.

Applications already in use have vastly reduced the manual intervention in tagging images. In some cases, the AI models have been able to identify animals from the pictures with up to 95% accuracy.

The cost of technology adoption has fallen drastically. Today, it can be integrated into our conservation initiatives more confidently than it could have been done a decade ago.

In such a scenario, technology should be considered an enabler of conservation & not an overhead. 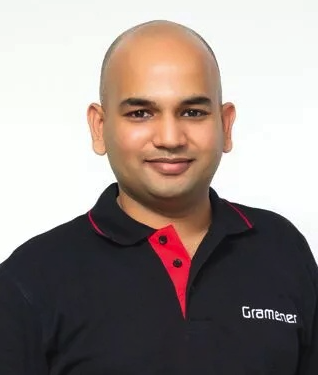