When learning something new, we tend to understand it from the perspective of something with which we are already familiar. We can approach a problem in so many ways, but one of the most important things I learned in my degree was to classify a problem before establishing a direction for its solution.

We can find classification everywhere in mathematics and statistics:

Each set, group, category and probability distribution have defined assumptions, boundaries on their operations and spaces of possible outcomes.

Recently, I was part of a big data project where my group and I were using machine learning to predict the success or failure of a Kickstarter project. This problem reminded me of a previous project I had worked on at the very beginning of my career, where I was required to classify financial transactions associated with criminal or non-criminal activity:

Immediately, I began to think of algorithms used for binary classification which could handle imbalanced classes in training. Why? Because algorithm suitability matters, and you will inevitably be questioned on your logical reasoning for every choice made in a project. As in mathematics and statistics, data science algorithms also have underlying assumptions defining their fit for a task.

In this article, we will explore the characteristics that help us classify a machine learning problem. This will lay the foundation for algorithms we can use and appropriate metrics for their evaluation. We will be diving into the space of possible algorithms and metrics for each type of machine learning method in future articles.

Machine learning is a branch of artificial intelligence (AI) referring to the collection of algorithms that use data to discover patterns and relationships.

At its core, the machine learning process is much like the data visualisation process in that it follows the scientific method.

Reinforcement learning problems are when an intelligent agent learns by trial and error using feedback from an interactive environment. The agent learns through rewards and punishments for positive and negative behaviour toward its goal, maximising its cumulative compensation. An example algorithm is the Monte Carlo method.

We will visit reinforcement learning much later in this series.

The following are four of the main methods that underpin many machine learning problems.

Regression techniques use labelled data to predict a numerical outcome (except for the special case of logistic regression, which we will touch on in a future article). An example of this is predicting employment rates from economic variables. Expressed mathematically, a regression problem takes on the form:

Classification techniques use labelled data to predict a categorical outcome, such as separating a collection of objects into defined classes. These classes can be binary, such as the onset of diabetes from medical record data, or multi-class, such as the species of an iris flower. Mathematically, a classification problem is expressed:

Just as we can classify sets, groups, categories and probability distributions into spaces with defined operations and possible outcomes, we can categorise machine learning problems and their methods, as shown in Table 3. 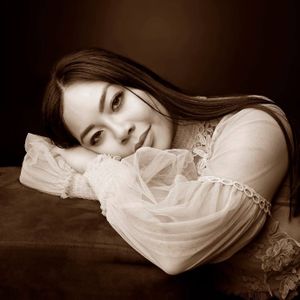 I am a data scientist and former mathematics tutor with a passion for reading, writing and teaching others. I am also a hobbyist poet and dog mum to Jujubee.